Your browser is out-of-date!

To see articles about Epilepsy & the Ketogenic Diet, click the link below

"The ketogenic diet has been around for decades. It is a special diet where there's a high fat/protein- low/ carbohydrate ratio that produces what's called ketosis. Instead of circulating glucose through the blood, you circulate ketone bodies and these are anti-epileptic," says Dr. Philipps.

The ketogenic diet drew skepticism because it turns the food pyramid upside down. Ninety percent of the calories are fat, 7% are protein, and 3% are carbohydrate. Many studies find it sharply reduces or eliminates seizures - in particular in kids.

"The ketogenic diet can be used as early as infancy," says Dr. Philipps.

A Severn couple dealing with their daughter's severe epilepsy said a ketogenic diet that's high in fat has changed their 7-year-old's life.

VIDEO: The Ketogenic Diet | Growing Up with Epilepsy

During his first year of life, Evan had two seizures triggered by fever. At the age of three and a half, his seizures returned, at first sporadically, then more frequently, progressing to 50 to 60 seizures per day

An excerpt from our complimentary CME session on Adult Epilepsy from two MD experts.

This video covers diets from the Standard American Diet, Ketogenic Diet, Atkins, and a Low Glycemic Index Diet and their effects on people living with epilepsy. Includes data on how well they work.

You might have heard the term "brain food" used to describe food that's good for you. Doctors at Mayo Clinic say there really is a diet that benefits the brain. But this diet is not for everybody. It's for kids who have epilepsy, and it's based on extremely high fats and very few carbs. More on how the ketogenic diet is helping some kids with epilepsy become seizure free (Mayo Clinic)

VIDEO: The Ketogenic Diet: A Cure for Tyler's Epilepsy

When it comes to epilepsy, Hopkins Children's doctors know early diagnosis and immediate treatment could mean the difference between managing the disease with medication or actually curing it with something as seemingly simple as a diet. No one knows this better than Tyler Zeman's family. He was perfectly healthy until he was six months old and everything changed.

Children with seizures can be cured on a low carbohydrate, high fat ketogenic diet.

Emma at the Ketogenic diet roundtable for Nutricia and Matthew's friends

VIDEO: Epilepsy Awareness - Kaylee's story and what we do for her diet –

This is a video about Kaylee's diet and the struggles that got us to this point. We talk a bit about what we have to do make a ketogenic meal for her and some of the trials balancing the meals day to day. It's a lot of work but clearly worth every minute since the diet has taken Kaylee from over 150 long seizures a day to around 5 very short seizures. We are still working to get Kaylee seizure free, because even one more seizure is still one too many.
You can find out updates at https://www.youcaring.com/medical-fundraiser/kaylee-s-medical-expenses-fundraiser/26596 and http://myketokid.com

Denise Potter, RD, CSP, CDE is a Ketogenic Dietitian with C.S. Mott Children's Hospital. On this call she discusses the following:

This is the story of a little girl who suffered from drug-resistant epilepsy and thousands of seizures every day. Thanks to the Ketogenic Diet, seizures are no longer a part of her life.

VIDEO: Grain Brain, Seizure Free On A Ketogenic Diet – A personal Story by a patient of Dr. Perlmutter MD.

Michelle had been living with a partial complex epilepsy since the age of 6. Over the years she had been to multiple doctors and been on all kinds of different medications but she still continued to have seizures every 6-8 weeks. Michelle came to me after having read Grain Brain and we prescribed a ketogenic diet to see if it would help with her seizures. She has been seizure-free since.

Less than a year ago, four-year-old Max Irvine was having hundreds of seizures a day. Under the guidance of Mayo Clinic pediatric neurologist Elaine Wirrell, M.D., Troy and Kristine Irvine took Max off all his epilepsy medications and relied on the ketogenic diet to inhibit his seizures. The day he took his last pill, he started to walk again. That evening he began talking again and Max has not had another seizure since that day. This video tells their story.

VIDEO: Dr Eric Berg - How Much Fat Do I Eat: Ketogenic Diet?

Dr. Berg talks about vegetable carbohydrates and it's relationship to ketosis and fat burning. Vegetables are low on the glycemic index scale, which means they will not stop ketosis, and the benefits of vegetables give you vitamins and minerals and especially potassium and magnesium.

When Mike Dancer was 34 years old he was diagnosed with Epilepsy. Of course he was perfectly normal for the first 34 years of his life and he now recognizes that he was under chronic stress and had a very poor diet for most of his life.

Given medications and a death sentence if he didn't take them, Mike thought he didn't have a choice and suffered for years with adverse reactions to his sleep patterns, endocrine system and hormone imbalance and many other troubling side effects. After years of taking Epilepsy medications without any sign of healing, Mike weaned himself off the medications and started his own high fat and modified version of the Ketogenic diet.

After only a couple of weeks he felt much better and his seizures were almost immediately reduced in number, intensity and recovery time. Since then Mike entered a body building contest which clearly showed that along with working out, his high fat, low carbohydrate version of the standard ketogenic diet used for epilepsy patients does not add any fat to his body at all.

To connect with Mike Dancer, look for links to his social media pages and recommended books below his movie at: http://incrediblehealingjournals.com/ 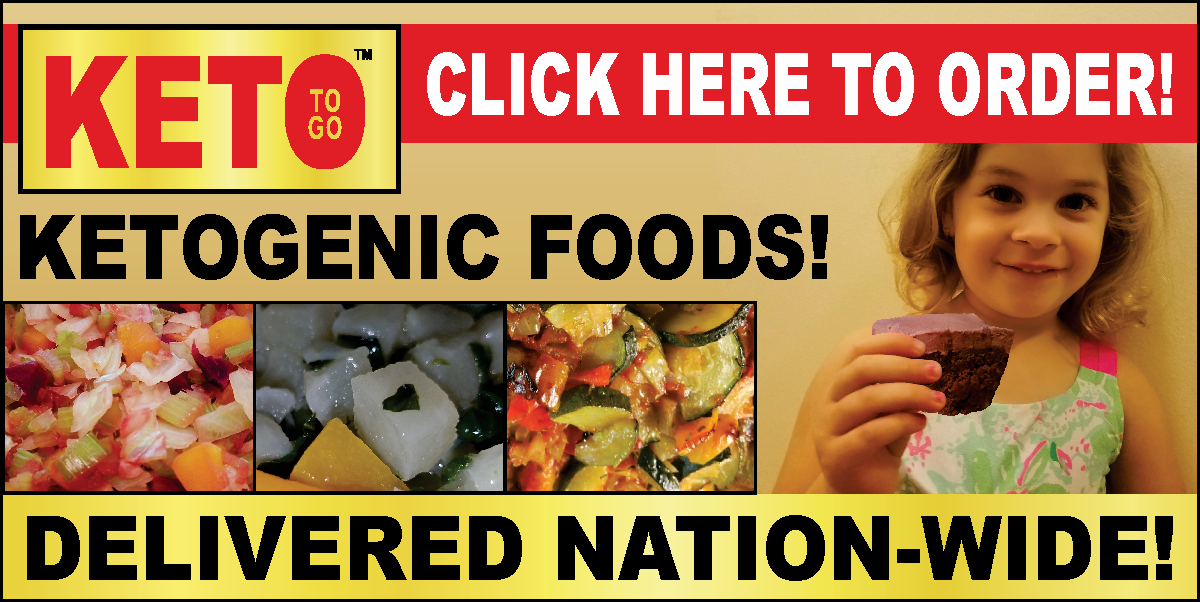 DISCLAIMER: The claims made within this website have not been evaluated by the United States Food and Drug Administration. The products and information offered both on the website and on any packaging labels or advertisements but not limited to within this website, are not approved to diagnose, treat, cure or prevent disease. The information provided within this website is for informational purposes only and is not intended as a substitute for advice from your physician or other health care professional. This also applies to any and all of our packaging to KETO-TO-GO products herein and future products coming soon. You should ALWAYS consult with a licensed health care professional before starting any diet, exercise or supplementation program, before taking any medication, or if you have or suspect you might have a health problem